It was a LOT different than I thought it would be. Looking back, I should have read the agenda for the 2 day conference a lot better. It clearly stated the event’s purpose. However, my brain decided that it would be something similar to the Gateway-Women’s retreat. I was wrong.

For the purpose of clarification….this blog defines childless as those who cannot have children (for whatever reason). Childfree describes those who have made a conscious decision not to have children.

On Friday, a childfree keynote explained the backlash she received after a 1974 interview on CBS’ 60 Minutes. She and her husband discussed their decision to not have kids. The morning after the TV show she was fired from her job, received death threats and was ostracized from her friends/family.  After realizing the footage had been edited to remove any positive references, she became an author and now in her 70’s, continues to advocate for and celebrate those who decided not to have children.

The message, though, was a little hard to take. The keynote was cheering (arms in air) about not having kids….actually celebrating….mere feet from childless women who had come to the event unsure of what they were looking for….but I don’t think this was it. She was celebrating not having the one thing that some in the room desperately wanted but couldn’t have. The more she spoke, the lower my jaw dropped.

Please understand. I have nothing against Marcia Drut Davis. I admire and applaud her for taking a stand and setting the stage for women to be able to make the choice to have kids. (After the conference I purchased her book for a friend and asked Marcia to sign it…which she happily did.)

So why was I so….so….shocked? Confused? Honestly, I think I had just geared myself up to hear a supportive talk for the childless and was surprised by the obvious lean to the childfree life. 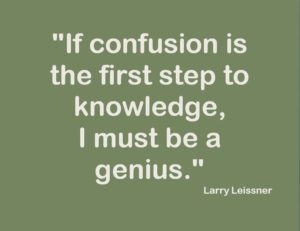 After the keynote, 4 superstars in the childless/childfree community took to the stage for a panel discussion and a Q&A. Based on the comments and the audience participation, I guessed the room was split about 80% childfree, 20% childless. Childfree women shared their stories. More cheering. So far, nothing from the childless.

I reallyyyyyy started to question if this weekend was going to work for me. And I don’t think I was alone.

I watched the mic move throughout the room while I sipped on coffee…I initially had absolutely no plans of speaking up…….I was full from lunch and happy with the caffeine. But my heart started to break for my new childless friends who I knew had to be listening to everything I was….and who were not being acknowledged as attendees. I raised my hand, asked for the mic and started to share my thoughts (insert your surprised face here):

A few random claps…and I felt like I had alienated myself from the rest of the group. Way to go, Sandy. Making friends in Cleveland….

The conference organizer, Karen Malone Wright thanked the panel then addressed the group. From the podium, she spoke directly to me with sincere concern for the childless women in the room who (at least in my mind) had previously been unacknowledged. Then….she clarified the format for us….and realized that she hadn’t done it at the beginning over the conference. The first day’s keynote was dedicated to the childfree, the second day the childless. Ohhhhhhhhhhhhh. That made a LOT more sense. I immediately felt better. Kudos to her for starting The Not Mom group to provide a safe space for women who (for whatever reason) do not have kids. She is passionate about making this group inclusive and protected.

After the clarification, I was flying high. And ready to meet some peeps. Ba BAM!

During the break I was lucky enough to meet women who felt the same way I had all morning….and they wanted to speak up but didn’t know what to say or, as one woman said, didn’t have the strength to say it. So…my estimation of 80% childfree, 20% childless was actually wrong. The childless were there…but just not ready to talk yet.

So….that meant that the following day was for us. And Jody Day did not disappoint.

Next Blog Post: The Super Hero of the Childless