There are many legends of how Valentines Day started….I have no idea which one is true….but good googly these are crazy. 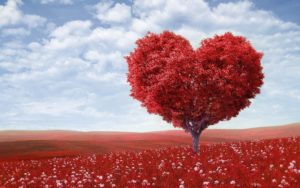 Valentine was a priest who served around 250 AD. The Emperor at the time decided that single men made better soldiers than those with wives or kids, The Emperor wanted to ensure his soldiers were focused on fighting, so he made marriage illegal. <INSERT JOKE HERE> Valentine felt that this was ridiculous and still married couples if they wanted. The Emperor found out that Valentine was performing marriage ceremonies illegally and put him to death.

Our hero Valentine is still trying to right the wrongs of the world. After hearing that imprisoned Christians were being beaten and tortured while in a specific Rome prison, he set out to rescue them all. When this was discovered, Valentine was jailed in the same prison where he had tried to help others escape. Ever the romantic, he fell in love with a woman who visited him in prison. He sent her a love note and signed it “From your Valentine”. Awwwwwwww. 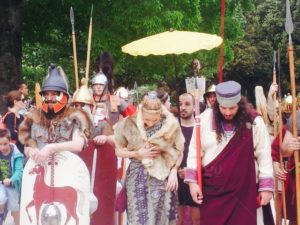 Happy Lupercalia Day! Still in the same 250 AD time frame, Lupercalia was a fertility festival dedicated to the god of agriculture. Now….everyone in South Louisiana knows when a big parade is getting ready to kick off….the police cars or motorcycles ride the parade route, sirens a ‘blazing….and telling everyone to get back on the curbs because the large floats are coming down the road soon. The Lupercalia organizers had the same philosophy….”let’s tell the people that this sucker is starting”. So instead of police cars to kick off the event, they sacrificed a goat for fertility. This is where it gets interesting. They would cut the goat’s hide into strips, dip intro sacrificial blood and walk through the streets gently slapping women and crop fields as a “good luck being fertile” gesture. Did the women run? File a complaint? Nope. They “welcomed the touch of the hides” because they believed it made them more fertile. That is the ONE thing I didn’t try.

In honor of those stories, it makes perfect sense 1700 years later to buy chocolate in the shape of a heart. Happy VD.