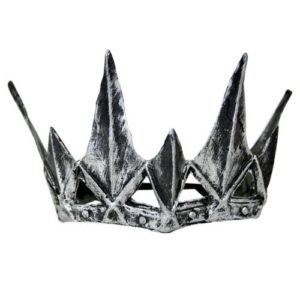 Welcome to my first (and only) Game of Thrones themed post. Even if you aren’t a fan of the HBO show, don’t worry. This post will still make sense….so keep reading.

The blonde lead actress in the show is always introduced (in a super cool accent) as “Daenerys Stormborn of the House Targaryen, First of Her Name, the Unburnt, Queen of the Andals and the First Men, Khaleesi of the Great Grass Sea, Breaker of Chains, and Mother of Dragons”. I don’t wanna brag….but my moniker is similar.

Very similar. But say it with a Louisiana drawl. “Sandy Michelet of Baton Rouge, First of Her Name, the Burnt Food Cooker, Queen of the Wedge Sandals, Devotee of the Wheat Grass Smoothie, Breaker of Rules, and Mother of Brody the Chocolate Lab.” No, it doesn’t have quite the same punch….but it can be a snazzy update for my Facebook profile name.

Early in the series, Daenerys became pregnant with her first child and I remember being silently disappointed. (Don’t judge me.) She was so powerful and kicked butt with her 5′ 2′ frame. I couldn’t imagine how she could continue to overtake cities to build her army while caring for a newborn. Because this is TV, she, in a twisted attempt to save her husband, negotiated with a witch and lost her baby. I had been disappointed when she became pregnant….so when she lost the baby I immediately felt guilty.

What surprised me was how I felt after this scene. Since she was no longer pregnant, I knew she could continue brutally demonstrating her strength and power (and her unwavering commitment to rule the Seven Kingdoms). But why did I think that?! Does that mean that women lose their ability to rule or their ability to topple cities as soon as they become pregnant? Of course not!  But it does show that I had my own expectation about what I wanted this powerful character to be.

I want a childless hero.

Flash forward to last week’s show. Daenerys told Jon Snow that she was sure couldn’t have children (the witch told her). That felt like horrible foreshadowing…I am guessing now that after the one night tryst on last week’s show (with a hottie) she will become pregnant….

Daenaerys and I both worry about our legacies. As time goes on, I will begin to fall off family trees because my branches don’t go anywhere. I don’t have a child to continue this awesome blood line of migraines, anxiety and a fondness for junk food. After building an army of over 100,000, she wants to rule the Seven Kingdoms but doesn’t have a silver hair winner of the gene pool to reign once she’s dead. I agree. That is a lot to consider. And I’ve just been worried about who will want my formal china and wedding dress.