Years ago I saw a documentary about people who believed they had come into contact with an alien life form. They were convinced that they had either seen an actual alien or had been abducted. The documentary followed an interviewer over the span of several years with one intent; to show that aliens existed and that we are not alone. He took the viewers on a journey from the most metropolitan areas to small villages that had little communication with the outside world.

During each segment, the interviewer allowed the person to talk freely and encouraged them to provide details about their experiences – what happened, what they saw, why they felt it was an alien, did they feel peace, did they feel danger, etc. These were people from every corner of the globe with no possible chance of ever having come into contact with each other. And every interview ended with one simple request “could you draw me a picture of what you saw”? Before the final credits rolled, the interviewer showed us the drawings…..one after another after another. And without fail, the pictures were almost identical.

How is that possible? Do aliens exist? I don’t know. But I do know that something incredible happened during that two hour documentary. While the interviewer was all about the aliens, bout the aliens (sorry Meghan Trainor), I couldn’t help but think there was something bigger than us drawing us together. How could people halfway across the world with nothing in common find, well, something in common?

Imagine them going back to their families/friends/co-workers to tell the tale of what they saw. I’d assume that they struggled to put it into words. They were probably ridiculed (publically or privately)…they were made to feel that they were crazy…that they  didn’t see what they think they saw…..that no one else around them saw an alien, etc. It took a lot of guts to stand up and say “STOP. You aren’t gonna change my mind. I know what I saw.” There is strength in numbers …..so I bet they would have found comfort in meeting others just like them…others who saw and experienced the same thing. 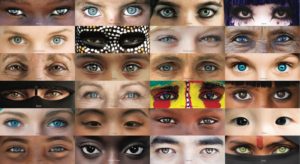 Fast forward. In a previous post, I talked about going to the Gateway-Women’s retreat. I met women from every corner of the US who had never come into contact with each other. We had (right or wrong) felt ridiculed, sometimes felt crazy, etc. It took a lot of guts to stand up and say “STOP. I will NEVER stop thinking about my desire to be a mom…but I do want to see what’s on the other side of this grief.”

Similar to those who saw aliens, those of us who are childless live in every corner of the globe…..from the most metropolitan areas to small villages that have little communication to the outside world. It doesn’t make it ok…..but it sure as heck means that we are not alone.